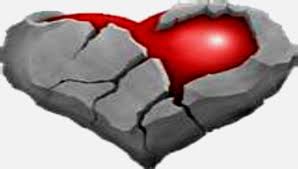 DISCLAIMER & WARNING: This article is going to deal with the recently released federal budget proposal offered by the White House. This may cause emotional and/or physical stress for some who believe my comments are influenced by partisan politics. Please note that the observations and comments that follow would be directed at any president, of any party, who proposed to bring “bad news” to the poor and needy in the land.

The constitution of every congregation of the Evangelical Lutheran Church in America (ELCA) charges the pastor to “Speak publicly to the world in solidarity with the poor and oppressed, calling for justice and proclaiming God’s love for the world.” (C9.03.5) With that charge in mind, I have to say, with Jim Wallis of Sojourners  and many other voices of faith, that “The New Foundation for American Greatness” budget document released by the administration is, as Wallis says, “anything but “good news” for the poor.” It would be terrible news for those whom Jesus called “the least of these.”

I am not naive or uninformed. Nor am I a reactionary in this matter. A blog from The Economist points out, “Presidential budget requests are worth exactly nothing. They carry no force of legislation. They land, heavy, bound and shrink-wrapped, so they can be immediately binned as Congress continues its now yearly stumble toward a “continuing resolution.” The budget proposed is very unlikely to become law.

I would however, challenge the aforementioned article about the “worthlessness” of the document. Like all White House budgets before it, the goal is to advance a vision and make a value, even a moral, statement about what is most important. For, as Jesus says, “Where your treasure is, there is your heart.” (Matthew 6:21) How we spend our money shows what we love. Where is the heart of this nation? That is the question  – the spiritual question – from my place in the world.

According to Reuters, the budget outlines 3.6 TRILLION (caps make sure we see the “T”) in cuts, “largely from healthcare and food assistance programs for the poor… that also boosts the military” and spends $1.6 billion on a wall at the Mexican border. Those choices begin to show where the treasure – and so where our national heart would be, in the view of those who made this proposal. $610 billion will be slashed from Medicaid. More than $192 billion from food stamps (SNAP) over a decade. Children’s Health Insurance (CHIP) goes down by $5.8 billion and Social Security Disability payments, the National Institute of Health and the Center for Disease Control all would be hit with massive cuts. Our treasure will be invested in the ability to make war, isolate ourselves, and support the prosperous while we devalue and take treasure from the poor, hungry, children, the sick and disabled. Is the heart of our nation that hard and callous? That insecure and greedy?

Part of the budget attempts to push to the states the responsibility for caring for those who do not participate in the American dream, but instead live a daily nightmare of shame and neglect. As we can see from the actions of our own State of Iowa, this is smoke and mirrors. States do not have the funding, or the desire, to address the needs of those who live on the margins of a wealthy nation’s prosperity. State politicians, all too often, share the same deluded view of humanity  as those in Washington, believing the generosity and wisdom of the wealthy will lead to a “trickle” of bounty upon the heads of those in need. The Christian understanding of humanity allows no such view. We are “in are in bondage to sin and cannot free ourselves.”  We are sinful. Wealth makes us greedy, not generous! Only with the “foreign righteousness” infused in us by the grace of God do we have a hope of benefiting  our neighbor. (Luther)

As people of the Judeo-Christian tradition, fed by the words of the prophets and the very Word made flesh, Jesus Christ, we must speak for the poor. We must speak a word of warning to any nation whose collective heart ignores the poor and invests its treasure in greed and the false security of constant preparation for war. Listen to what the prophet Isaiah said about the laws and decrees of the government in his age:

“Ah, you who make iniquitous decrees, who write oppressive statutes,  to turn aside the needy from justice and to rob the poor of my people of their right, that widows may be your spoil, and that you may make the orphans your prey!  What will you do on the day of punishment, in the calamity that will come from far away?” (Isaiah 10:1-3)

Amos was no less direct in addressing the misdirected consumption at the expense of the poor in his day:

Do we have enough hubris, enough arrogance of heart, to believe that God will condemn the victimization of the poor in one age and allow it today?  Do we really think that what God wants is a nation with a heart of stone, walled off from the world, armed to the teeth and concerned only with the prosperous? You will find nothing like that in scripture or in God’s promised future.

Lest you think me partisan for quoting a saged Democrat, I leave you with the Republican President, Dwight Eisenhower’s words:

“Every gun that is made, every warship launched, every rocket fired signifies in the final sense, a theft from those who hunger and are not fed, those who are cold and are not clothed. This world in arms is not spending money alone. It is spending the sweat of its laborers, the genius of its scientists, the hopes of its children. This is not a way of life at all in any true sense. Under the clouds of war, it is humanity hanging on a cross of iron.”