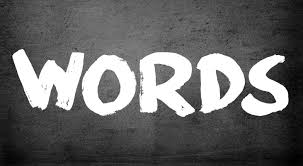 Over the last week we have all been confronted with the term, “locker room banter.” The appalling speech evidenced in a video of Donald Trump and company has created a firestorm of anger, denunciation, and distancing on one hand. On the other, attempts at explanation: This is JUST locker room banter of the sort all men use when they are just with “the guys.” It’s a “boys will be boys” excuse. In my Book, (which I’ll get to in a moment) that’s not just lame, but insulting.

As a man, I tire of childish, devolved, crude, stupid stuff like this that portrays men as horny dullards like Homer Simpson or Al Bundy. The countless men I admire and respect do not speak this way – ever. Athletes from all corners have spoken up to say, with lots of passion, that this is not what talk in their locker room sounds like. It bears no resemblance to what I talk and laugh about with “the guys” in or out of the locker room. It should not resemble your speech either, especially if you have any kind of relationship with Jesus Christ.

This kind of excuse making is dangerous. It advances the notion that words do not matter. The fact is words can give life and words can kill. The remarks in this video are death-dealing. They hurt demean and advance evil in the world. My mother used to tell me that “Sticks and stones would break my bones, but words would never hurt me.” Mom was so right about so many things. On this count however, she was wrong. Words have power.

The Book of Genesis tells us humanity is created in the image of God (Genesis 1:27). When I was a Sunday School kid, I thought that meant God had fingers, toes and a mole next to “his” nose, just like me. With maturity came the realization that being made in God’s image does not impart maleness, whiteness or any other physical characteristic or privilege.

From Genesis on, scripture reveals a God who creates, sustains, and redeems all with the utterance of a Word. Whatever flashes in God’s imagination comes to be when God speaks. The same is true for humans. We imagine possibilities and we often speak them into reality. Dow Edgerton, a brilliant teacher and preacher (and a mentor of mine), in his book, Speak to Me That I May Speak, says it this way: “The words you can say make the world you can imagine; the world you can imagine shows what lives you can lead… Speech is not only about the world; it makes the world.” That seems to me to be, at least in part, what it means to be created in the image of God.

Words have such creative – and destructive – power that scripture, over and over, warns against the dark side of words. The Ephesian congregation is warned, “Let no evil talk come out of your mouth, but only what is useful for building up.” (Eph. 4:29) James writes harsh words about the power of the tongue, saying, “no one can tame the tongue — a restless evil, full of deadly poison.” (James 3:8)  Jesus has not time at all for ill-chosen words: “…if you insult a brother or sister, you will be liable to the council; if you say, ‘You fool,’ you will be liable to hell fire.” (Matthew 5:22) Wow. Words can get you hell fire?

God speaks and life happens. All too often, when humans speak the opposite result ensues. As Edgerton points out, “The power of death, wherever else it may reside, resides within the word we say.”  Julius Streicher, a prominent Nazi propagandist, was condemned to death at Nuremberg after the war. He had no “active” role in murdering any of the six million Jews lost in the holocaust. Streicher was a primary wordsmith in the building the cultural hatred that made the extermination program palatable. His words created hate and holocaust.  The holocaust began with lies and jokes about Jews, folks. Words matter.Domestic violence, racism, hate crimes are all germinated from the seeds of words spoken in hate; from the narratives passed on through lazy thought and unchallenged assumptions.

You may be thinking that we say a lot of stupid things without thought or reflection. That is true – we are “saint and sinner” all at the same time. We embrace the kingdom of death and the kingdom of God simultaneously. You may think that “throw away” words spoken without thinking don’t matter. Here’s the thing: It is our habitual, unconscious rituals, deeds, and words that reflect most what we love and who we are. James K.A. Smith, author and philosopher, makes this point in his excellent work, “You Are What You Love: The Spiritual Power of Habit.” Following Augustine, he says that it is the “rhythms and routines and rituals, enacted over and over again, that implant in you a disposition…” toward what you love, what you value most.  Those throw away lines, glib jokes, “locker room banter” with “the guys” reflect your character and what directs your life. It isn’t the book you write that reveals your heart. It is the words you use in the most mundane places and situations that expose your true self.

Speech that denigrates women is wholly unacceptable among civilized, faithful people. God created both male and female in the Divine Image. To denigrate women is to denigrate God who created. It also denigrates men, who are only half the human equation. To speak about women in the way we hear on this tape and in so many other places should make you sick. If it doesn’t, your heart has been hardened and needs redemption. Speaking about women in this manner reveals a soul that has lost touch with both compassion for anyone else and the Divine Spark within. Making women into objects reduces men to animals.

We live in a world where the communication of words that kill find new ways to be uttered every minute. Social media is often a wasteland of death-dealing speech. Words spoken in locker rooms or in secret never stay there. They hurt others, bully people and they shape the speaker’s heart for hate. Suicides happen as a result of harsh words spoken. Relationships end over words. Wars and holocausts begin with a word.

If your words bear a resemblance to what was heard on the recent Trump video, or any of the other crude, adolescent, violent speech uttered in this world, I have to say with all love, stop it. Repent of your death-dealing, self-justifying habits and grow up into the person created in the image of God you were created to be. Let your words – every last one of them – bring life to all who hear.